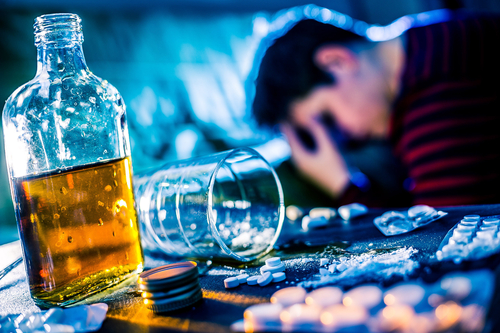 The number of users in charge of specialist services has also changed in the last 10 years.

In 2009, young people under the age of 30 represented 11.1% of the total with an increase of 0.9% thus approaching the maximum (11.7%) recorded in 2005. The consumption of alcoholic beverages is the first cause of death in the European Union among young people up to the age of 24, death mainly linked to the use of alcohol while driving.

According to data from the Istituto Superiore di Sanità, 25.4% of men and 7.3% of women over the age of 11, about 8,600,000 people, consume alcohol without respecting the consumption guidelines of health agencies. public, exposing itself to alcohol-related risks.

It is socially connected to fun and pleasure, but the risks are rarely emphasized, indeed, there is a tendency to enhance its beneficial properties to the detriment of scientific evidence, which highlights the acute and chronic diseases associated with it.

The age at which certain disorders related to organ damage always decreases.

It should not be underestimated that alcohol is related to different forms of social harm such as homicides, crimes, violence in general or specific such as sexual violence, in the family, accidents at work, driving under the influence of alcohol and for the woman, in the period of pregnancy, damage to the fetus.

However, people in violation of art. 186 of the New Highway Code, a regulation that obviously applies to the entire population, but which finds more application in the youth range from 18 to 40 years, in which it is more frequent to be stopped for night checks.