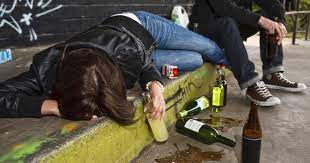 Some intervention policies are aimed exclusively at heavy drinkers, others have a wider range of action.

The selection of an adequate mix of policies in a given context requires policy assessments that, better than anyone, individual governments can formulate individually, taking into account the social, cultural and epidemiological characteristics of their respective countries.

However, the economic analysis based on computer simulations of intervention scenarios can be useful in comparing the health impact and economic value of different interventions, offering a useful tool to support government decision-making.

Approved by the World Health Assembly in 2010, proposes a set of policy options based on the international consensus that the OECD has used as a point of initial reference to identify a set of policies that must be examined in the context of an economic analysis.

This would contribute to significant progress by these countries in meeting the voluntary target of reducing excessive consumption of alcoholic beverages by 10% by 2025, a target adopted by the World Health Assembly in 2013, as part of the NDC Global Monitoring Framework ( Global Noncommunicable Disease Monitoring Framework).

The OECD analysis has shown that the ability of governments to develop and implement comprehensive prevention strategies that combine the strengths of different intervention methods is critical to the success of these strategies.

Such methods could include initiatives promoted by the alcoholic beverages industry, although factual data on the impact of such actions are needed from more independent sources.

Simulation models such as those used in OECD analyzes have many strengths. Such models can provide evidence for areas where direct empirical investigation may be difficult or impossible.

However, even these models are based on the formulation of hypotheses and must rely on a wide range of incoming data, some of which may be of limited quality.