Alcohol is an element of human society that dates back at least to the Neolithic, as much beloved as it is vilified, for reasons largely unchanged over time. What you drink, how much you drink, who drinks and where you drink are all dimensions of alcohol consumption, greatly influenced by factors such as culture, economy and social norms.

These trends are worrying because some of the harms routinely associated with excessive alcohol consumption at a young age, such as car accidents and violence, often affect people who do not drink alcohol and represent an important dimension of the burden of alcohol-related disease.

Excessive alcohol consumption at a young age is also associated with an alcohol addiction problem that manifests later in time, and people who have successfully entered the job market could jeopardize their long-term career prospects.

The harm to people who do not consume alcohol, in particular the victims of road accidents and violence, but also children born with fetal alcohol spectrum disorders (FASD) are the most visible dimension of these consequences for the society.

Lost productivity, are other important aspects of the harms that result from excessive alcohol consumption.

These costs are a strong motivation for government action to combat the harmful use of alcohol. 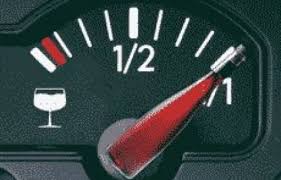 The public health consequences of harmful use of alcohol are a major concern, as alcohol is a leading cause of mortality and disability worldwide. According to OECD estimates, about four out of five alcohol users could reduce their risk of mortality from any cause without distinction by reducing the amount of alcohol consumed by one unit per week.