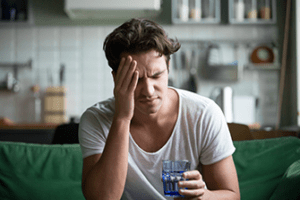 Alcoholism is, to all intents and purposes, a pathological condition. For this reason, if you are the victim of a physical and psychological dependence, it is necessary to contact specialists and treatment centers in the sector.

True alcoholics are only the tip of the iceberg

There are some people who, despite drinking more than they should, do not have the typical characteristics of addiction (abstinence, tolerance and loss of control). They indulge in the excesses of drinking only at dinner or on weekends because alcohol intake is associated with a condition of relaxation and stress reduction.

In such cases, many times, it is not necessary to consult a doctor but just follow some precautions to avoid that, over time, alcohol can cause damage to health.

According to the World Health Organization’s Global status report on alcohol and health 2018, published on 21 September 2018, alcohol use in 2016 caused approximately 3 million deaths worldwide, or 5.3% of all deaths and 5.1% of the years of life lost due to illness, disability or premature death attributable to alcohol.

More than three-quarters of the deaths occurred among men

Contrary to what is commonly believed, alcohol is not a nutrient and its consumption is not useful for the body or its functions. Instead, it causes direct damage to the cells of many organs, especially the liver and central nervous system, and in particular to the cells of the brain. 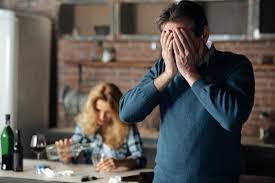 Alcohol is the main cause of many diseases. Among the first:

Alcohol is also a concomitant cause of some malignant, partially alcohol-attributable cancers, such as cancer of the oropharynx, esophagus, colorectal, larynx, liver and breast (the IARC – International Agency for Research on Cancer classifies it in group 1, certainly carcinogenic to humans).

Do not forget the consumption of alcohol during pregnancy, one of the major causes of mental retardation of children in Western countries. Crossing the placenta, ethanol can compromise the growth and weight of the fetus, causing permanent damage to the central nervous system, with underdevelopment and malformation of cells and brain structure and functional and cognitive consequences (poor memory, attention deficit and impulsive behaviors).