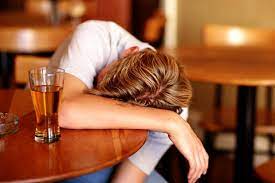 The pathological relationship with alcohol can be episodic, abusive, or dependent.

The episodic and excessive use of alcoholic beverages, called binge drinking, is a mode of consumption particularly widespread in the youth population (juvenile alcoholism), and consists of an excessive consumption of concentrated alcohol over a short period of time.

The Diagnostic and Statistical Manual of Mental Disorders, the DSM-5, combines the categories of abuse and dependence in substance use disorder: these behaviors are in fact configured as pathological, since they weigh heavily on the psycho-physical health of an individual, and on the his ability to function in several areas, such as relational, family, school or work, to the point of dragging the one who is affected towards a general personal and social degradation.

The causes of alcoholism

The main causes of alcoholism are linked to genetic, environmental and psychological factors.Alcohol abuse at an early age can facilitate the expression of genes that increase the risk of developing alcoholism: in the children of alcoholics, the probability of developing an addiction is 30% higher than in the general population.

Environmental factors play an equally decisive role: living in families where a parent is alcoholic facilitates the development of abusive behavior in children. The social degradation, the low cultural level, and the frequentation of unstable companies, coagulated around the theme of substance addiction, can play a decisive role in yielding to behaviors of abuse, a prelude to addiction.

The psychological causes are equally important: alcohol is used improperly as an emotional modulator by those suffering from an anxiety disorder, depression, or psychiatric pathologies of the bipolar, psychotic, or post-traumatic spectrum.

The harm of alcoholism

The person who abuses alcohol is more predisposed to developing injuries in the home, at work, and road accidents, or to live conflicting relationships in the family, and more easily manifests episodes of domestic violence, or antisocial conduct: 40-50% of homicide is associated with alcohol abuse, 40% of assaults and 50% of rapes.