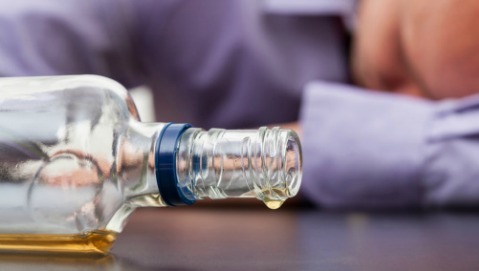 By restricting attention to the neuropsychiatric field, it can be added that alcohol has a depressant effect on the Central Nervous System.The main effects of this inhibition are attention, memory and concentration deficits, with impaired judgment skills, and a decrease in levels of self-control: many road accidents are certainly related to alcohol abuse.

Alcoholism can lead to the deterioration of cognitive-intellectual functions, and above all of volitional, critical and judgmental abilities: the psychic life of the habitual drinker becomes impoverished, and becomes populated by very few interests, mostly related to the centrality of conduct. alcohol-related, with the exclusion of problems relating to family, relationships, study and work, which are instead perceived as a possible source of anxiety.
One of the most direct consequences of alcohol addiction is alcoholic paranoia, characterized by persecutory self-referentiality.

The alcoholic’s paranoid thinking and the weakening of his judgment skills can lead to delusional constructions of harm, or jealousy, at the basis of aggressive behaviors such as stalking, or of aggressive etrodirect behavior.

Alcoholism also significantly worsens the prognosis of psychiatric pathologies with which it occurs in comorbidity, as in the case of anxiety disorders, bipolar and psychotic disorders, and involutionary conditions.

The same happens in substance use disorder: the use of stimulants, such as cocaine, crack, amphetamines, or hallucinogens, involves the use of alcohol to contain the psychophysical arousal induced by the drug, which it often results in a double dependence.

Sometimes the exact opposite happens, that is to say that some resort to an exciting narcotic substance to counteract the sedative effects of alcohol, used excessively, or to stimulating erections in order to combat impotence secondary to alcoholic excess. , so much so that drugs of this type have also become objects of illegal trade and drug dealing.
As with other drugs, alcohol can also induce, in addition to persecutory delusions, even real psychotic subsidence of the psychic life of a paranoid type, with severe delusional-hallucinatory manifestations. 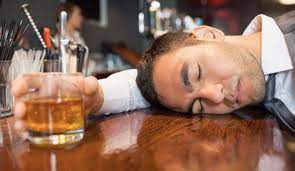 Addiction occurs when the cessation of alcohol use leads to a withdrawal syndrome, which in severe forms of chronic alcoholism, and in acute and uncontrolled suspension, can also induce dangerous epileptic seizures, or can manifest itself as delirium tremens. that is, in the form of a profound, potentially lethal state of mental confusion characterized by dermatozoal delirium and alcoholic hallucinosis.