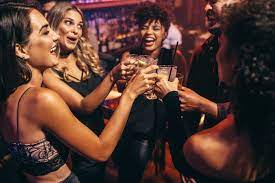 The frontal section of the brain

Continues its development until around 20 years of age. Teenagers therefore find themselves in a “window of vulnerability”, in which they are more prone to developing problems related to substance abuse.

In addition, if young people develop a tendency to drink a lot during this sensitive period, this could cause damage to brain structures leading to exacerbation of abusive behavior and causing other behavior problems, such as dropping out of school or engaging in sexual behavior. risky.

In summary, although current alcohol abuse is associated with insufficient performance in a large number of neurocognitive domains, it seems that a history of alcohol dependence, even in the absence of current alcohol use, determines more lasting negative consequences.

One of the few areas of consensus in the treatment of alcoholism concerns the idea that alcoholism is a chronic condition with a high risk of relapse.
Studies have reported a rate of 80% or more of relapses after 6 months of treatment, with individual patient outcomes being highly unstable over time.

Research suggests that patients with alcoholism have difficulty in making change on their own and that the central problem, as in other addiction problems, is maintaining the change over time. (H.M Annis, 1986. pp. 407–408)

In the path that leads the inactive alcoholic to relapse, he performs a series of “apparently insignificant acts” that progressively bring him closer to alcohol so that the relapse begins before the first use of alcohol and continues after the initial use.

The determining factors of relapse

“High risk” situations, that is all those situations that have been identified by patients as the main factor of relapse and which in order of importance can be categorized as: negative emotional states (anger, anxiety, depression, frustration, boredom) interpersonal situations ( especially conflict) social pressure (e.g. being with other people who are drinking) or even positive emotional states (desire to test one’s willpower). 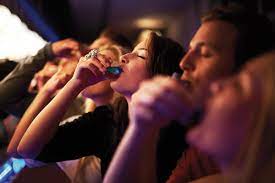 The ability of personal coping, to the extent that a patient is exposed to a “high risk” situation such as those categorized above, the outcome or not towards a relapse depends on the patient’s response to the situation, which in turn is determined by the his coping ability, or the ability to cope with the exposure situation with behavioral or cognitive strategies.

An attribution linked to experiences of personal failure and inadequacy rather than a not yet complete ability to deal with “high risk” situations, leads more easily to a second violation and abandonment of treatment. (M. E. Larimer, R.S. Palmer, G. Alan Marlatt, 1999)