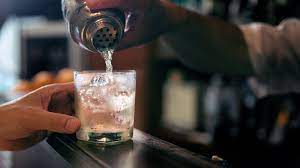 It is possible that the alcoholic turns violence against himself, so much so that the proportion of suicides among alcoholics is about double that of the general population.

Another alcohol-related problem is alcoholic fetopathy, one of the main causes of mental retardation. In fact, as a result of very considerable consumption there are intra and extrauterine growth retardation, damage to the CNS with impaired intellectual development, facial dysmorphism, with microcephaly, microphthalmia, reduced eyelid rim, thin upper lip, malformation of organs.

The acute effects of alcohol are represented by drunkenness (a direct consequence of the ingestion of large quantities of alcohol in a short time). It is divided into simple and pathological.

The simple form is characterized by slowing of speech

Staggering gait, balance disturbance, euphoric and sometimes dysphoric mood. The pathological form, on the other hand, is characterized by a reduced state of consciousness, space-time disorientation, impulsivity, an anxious state, convulsions, psychosis.

Alcohol is also a major cause of road accidents, responsible for half of accidents and 46% of deaths on asphalt. It mainly affects men between the ages of 15 and 34. The effects of high doses of alcohol on driving skills are:

The probability of causing a road accident under the action of alcohol begins to increase around an alcohol level of 0.5% g / l (2 glasses of wine on an empty stomach) and undergoes an evident increase towards 0.8 g / l (half a liter of wine) becoming very high at 1.5 g / l and more.

The disturbing culture of today’s young people oscillates between courage and recklessness with the latter predominating. The element that significantly influences driving behavior is that optimism, that sense of invulnerability, present in the youngest compared to more mature and elderly drivers.

Alcohol also causes impotence and poor erection in males, a drop in libido and a lack of interest in sexual activity.

The subject reports a decline in potency

In the clinical history of the subject, elements are outlined connected with a lacking or absent sexual identity or with the repetition of perverse object choices or relationships of dependence 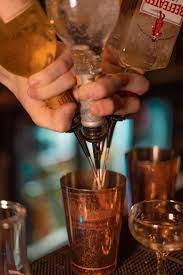 The likelihood of an alcoholic developing a mental illness is twice that of a healthy person, while the likelihood of having another abuse pathology is up to six times greater. The most frequent diagnoses are anxiety disorders (19.4%), mood disorders (13.4%) and antisocial personality disorder (14.3%) (Paloscia, Pasini, 2000).

In fact, for example, alcohol abuse is frequently associated with reactive depressive syndromes more than with endogenous ones. It is often the patient’s attempt to exploit its euphoric effect on the one hand and the anxiolytic and sedative aspect of guilt on the other. Very often periods of alcoholic excesses represent the onset of a manic phase.