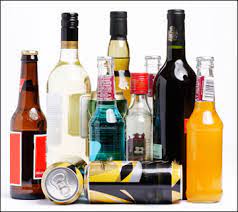 Unlike adults, young people rarely drink, but they are almost always intent on getting drunk. Their world view does not recognize objective risks, and in alcohol they see a possibility that gives them relaxation and spontaneity.

Since it is impossible to fully predict how alcohol affects the mind and body, its consumption is particularly risky for adolescents who lack judgment and are confronted with the stress associated with alcohol consumption. It is important to know that adolescents are not talking about alcoholism, but about alcohol abuse and the risk of early drinking.

Therefore, the consumption of alcohol during this delicate period of brain corpus production will have lasting and serious consequences for the future functioning of the individual.

With long-term effects of alcohol consumption, there are also many short-term consequences, such as: mood swings – alcohol is a central nervous system depressant and, as such, creates a feeling of lightheadedness and apathy, restless sleep, alcohol intoxication with dangerous consequences, poorer academic performance, distorted perception and coordination, inadequate judgment that can lead to accidents, problems with the law and other forms of risky behavior (e.g. unwanted pregnancy, consumption of other illicit drugs traffic offenses and accidents).

Many parents are not sure when and how to talk to their children about topics such as alcohol. Some parents think this doesn’t even need to be said if all goes well for fear that the conversation won’t become a trigger. However, we are not aware that we are sending them a message even with such behavior when avoiding the topic.

Consuming it in reality is “we talk about it” even when we are silent.

Alcohol is omnipresent and the parental home is always first and foremost from which drinking habits and culture derive. Of course, the problem with its complexity goes beyond the confines of the family home, but the fact is, nonetheless, that lack of family supervision is the main reason young people get drunk.

It is never too early to start talking about this topic, as children alone ask many questions and often show an interest in alcohol. Obviously they show interest especially if you have a glass of alcohol in front of you.

They wonder what you are drinking, what is the smell and taste.

It is equally important to answer your questions because you so clearly indicate that questions are welcome. Gradually, on several occasions, talk to the children on the subject. Together, set the boundaries and rules you want the children to abide by. This is how a good foundation is set for the days of adolescence.