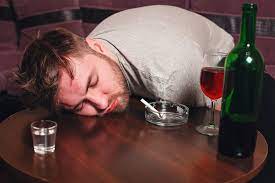 The analysis by gender and age

The highest percentages of male consumers at risk are recorded in the 65-74 age group (42.9%) followed by that of over 75 years old (37.7%) for a total of approximately 2,100,000 elderly people aged 65 and over. years and over of male sex who would need an intervention of early identification and awareness of the problem of consumption beyond the recommended limits.

A different situation is recorded instead for the female population where the variability by age group is less relevant, with minimum values ​​recorded in the age group 45-64 years (Figure 2). 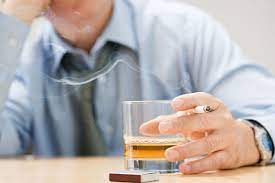 Binge drinking is a drinking pattern that can expose people to immediate health risks as well as chronic harm.

The consumption of alcohol in excessive and concentrated quantities, especially among the very young, increasing euphoria and disinhibition, exposes to serious damage to the health of the individual due to intoxications that can cause memory lapses in the best of cases, headaches, severe nausea and increasingly episodes of ethyl coma.

Alcohol also causes disturbances in the emotional-relational interpersonal, work, family and affective spheres and damage due, for example, to road accidents or phenomena of violence, aggressive behavior or problems in social relationships often recorded in the younger population group.

Also for alcohol addiction, as with any drug addiction, the abrupt cessation of alcohol consumption causes the withdrawal syndrome characterized by tachycardia, tremors, nausea and vomiting, agitation, hallucinations, convulsions.