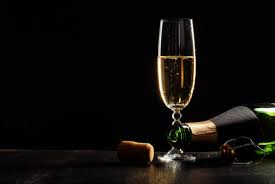 To influence the extent of the damage caused by alcohol abuse – and therefore the right amount to be taken, taking into account the classification shown – there is also the family history: that is, the presence in the family of people who have had health problems that could be explained by excessive alcohol consumption, liver, hematological, neurological diseases.

In this case, alcohol should be considered as a low-cost and easy to find drug

The problem of alcoholism, which, I repeat, is different from alcohol abuse, is often hidden and is rejected by both the person involved and those around them without anyone being able to identify it, until the situation becomes unsustainable.

In the initial phase of this situation, those who depend on alcohol are often seen as a cheerful, nice and funny “companion” and not as a person who has problems with addiction and alcohol abuse.

Alcohol abuse and its impact on society

“We can attribute 5 to 10% of hospital admissions to alcohol abuse. We must not only consider hospitalizations as a consequence of drunkenness, a marginal problem after all, what we have defined as the tip of the iceberg. Instead, we must take into account all those pathologies that are caused or aggravated by excessive alcohol consumption and which we will illustrate later.

5% of disability pensions are related to alcohol abuse.

Each year, about 25,000 deaths can be attributed to diseases related to alcohol abuse.
In terms of days of lost work, 25 million working days are lost in Italy due to this problem.

Even if people’s health is undoubtedly of greater value than any economic discourse, the economic cost of this problem and the quantity of resources it absorbs (and which could be used in different ways) are aspects that cannot be denied nor ignored.

Therefore it would be useful to invest resources to implement an educational program aimed at teaching young people a healthy relationship with alcoholic beverages ”.