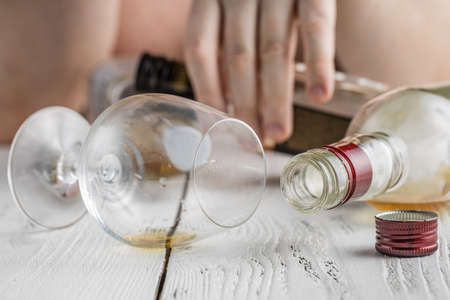 (Source REPORT OF THE MINISTER OF HEALTH TO PARLIAMENT ON THE INTERVENTIONS CARRIED OUT PURSUANT TO LAW 30.3.2001 No. 125 “FRAMEWORK LAW ON ALCOHOL AND RELATED ALCOHOL PROBLEMS”)

Consuming alcoholic beverages can lead to an increased risk of developing cancer. The most common related diseases are: oral cavity, pharynx, larynx, esophagus, colorectal, pancreas, liver, and, for women, breast.

Alcoholism is a disease consisting of chronic alcohol abuse

It represents a pattern of alcohol consumption that leads to clinically significant distress or impairment, associated with persistent craving or drive to consume alcohol, abandonment or reduction of important social or work activities, and spending much of the time procuring or using alcohol products.

The exact mechanisms leading to alcoholism are still unknown today.Several causes have been investigated and it is believed that a combination of these is necessary for alcoholism.

The factors that, if associated, can cause alcoholism are the following:

Drinking excessive amounts of alcohol can lead to an increased risk of alcoholism in the following cases:

The chances of having alcohol-related problems can increase in the following cases: