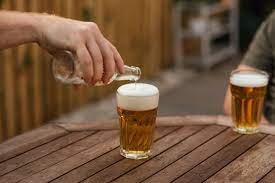 Damage to the cerebellum: alcohol consumption can cause damage to this portion of the brain, which controls movement.

Vitamin deficiencies: alcohol can reduce the absorption of vitamin B1 (thiamine); this deficiency can lead to the onset of specific diseases, such as Wernicke’s encephalopathy (associated with confusion, lack of coordination during walking and eye movements) with serious or fatal consequences.

It is also responsible for an alteration in the absorption of folate, with the possible appearance of anemia (reduction of hemoglobin and red blood cells).

Abnormalities of fetal development: low birth weight, poor development in height, reduced head circumference compared to normal, heart damage, muscle damage, intellectual disabilities are the main symptoms that a newborn can present in the event that the mother has consumed alcohol during pregnancy .

Withdrawal symptoms are related to the abrupt cessation of alcohol intake, which may be linked to the temporary inability for the alcoholic to obtain the substance.

Alcoholic hallucinosis: It can last for days and benefit from treatment with antipsychotic drugs; it manifests itself with the perception of accusatory or threatening voices, which convey a sense of restlessness and terror.

The DSM-5 (Diagnostic and Statistical Manual of Mental Disorders) is one of the diagnostic tools for mental disorders most used by doctors, psychiatrists and psychologists all over the world; To diagnose the disorder, according to DSM-5, the person must have had at least 2 of the following symptoms in the past 12 months.

Strong desire to use the substance and unsuccessful attempts to reduce alcohol intake;
Using much of the day’s time to drink, catch up on alcohol, or manage symptoms of intoxication (such as after a hangover); 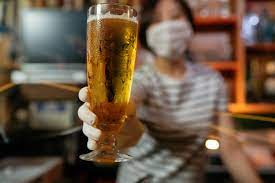 Using alcohol in situations where it is dangerous to do so;

Alcohol use despite the appearance of psychological or social problems attributable to alcohol consumption;Development of alcohol tolerance (tendency to take an increasing amount of alcohol to satisfy one’s alcoholic need);