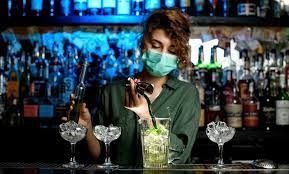 Alcoholism is a serious form of psychological and physical dependence, derived from the excessive and uncontrolled intake of alcoholic beverages. Alcohol addiction is one of the most serious problems for the psycho-physical health of the individual, as well as one of the leading causes of mortality at a young age.

Alcohol addiction is progressive as for drugs, from a first phase of Tolerance, where the body gets used to the presence of alcoholic substances, the person needs ever greater quantities of Alcohol to achieve the same euphoric effects, thus begins to experience negative psycho-physical symptoms of Withdrawal in the event that Alcohol is not readily available.

Often further serious social problems arise: alcohol abuse is correlated with a high risk of committing crimes, due to the theft of sums of money, harmful and violent behavior, alcohol is one of the main causes of road accidents, and is associated with the abuse of other drugs.

The causes of alcohol addiction are complex: there may be internal psychological and relational problems in the subject, family or socioeconomic discomfort, but at the same time advertising messages and cultural habits lead to the consumption of alcoholic substances, especially among the youngest, presenting it as an essential behavior to be able to have fun.

Does it concern me?

By answering the questions listed, you will be able to better understand if Alcohol Use Disorder affects you. If one or more of the following are positive, it may be useful to investigate the situation with a professional: