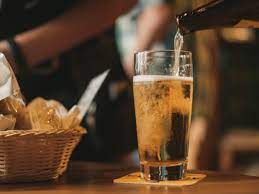 Alcohol use disorder involves a pattern of alcohol use, which typically includes craving and manifestations of tolerance and / or withdrawal with negative psychosocial consequences. Alcoholism and alcohol abuse are common but loosely defined terms when applied to people with alcohol-related problems.

The problem of alcohol use is quite common

Alcohol consumption is defined at risk solely on the basis of the quantity and frequency of consumption:

Compared to smaller amounts, these levels are associated with increased risk of a wide variety of medical and psychosocial complications.

The maladaptive mode of drinking that constitutes abuse can begin with the desire to achieve a state of well-being. Some drinkers who are gratified with this sensation then focus on reaching that state repeatedly.

In the United States, alcohol use disorder is more common in white, single men, and some non-white ethnic groups (eg, Native Americans). However, such generalizations must not hide the fact that alcohol use disorders can occur in anyone, regardless of age, gender, environmental background, ethnicity or social situation. Hence, doctors must screen for alcohol-related problems in all patients.

The variation in risk from 40 to 60% is thought to be due to genetic factors. The incidence of alcohol abuse and dependence is higher in the biological children of people with alcohol-related problems than in adopted children and the percentage of biological children in a given family (and even higher than in the general population).

There is evidence of a genetic or biochemical predisposition, including data suggesting that some people who develop an alcohol use disorder are less prone to intoxication; that is, they have a higher threshold for effects on the central nervous system. 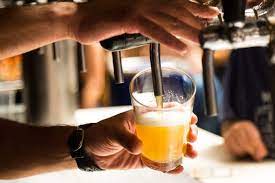 Serious social consequences usually occur in patients with alcohol use disorder. Frequent intoxications are evident and destructive; they interfere with work and social skills. Trauma is common. Eventually, relationship failures and job losses can occur due to absenteeism.

You can be arrested for alcohol-related behavior or stopped for drunk driving, often losing your right to drive for repeated offenses. In the United States, all states criminalize driving with a blood alcohol content of 80 mg / dL (0.08%, [17.4 mmol / L]) or higher, but state specific laws and penalties vary.

The Diagnostic and Statistical Manual of Mental Disorders, Fifth Edition (DSM-5) considers alcohol use disorder to be one in which there is clinically significant impairment or distress manifested by the presence of ≥ 2 of the following during a 12 month period: