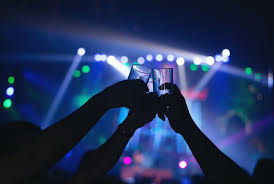 Those who have been drinking large amounts of alcohol for a long time run the risk of developing severe and permanent brain changes. The damage can be the result of the direct effects of alcohol on the brain or the indirect result of a poor general state of health or a serious liver disease.

A thiamine deficiency (vitamin B1) commonly occurs in people with alcoholism and results from a poor general diet. Up to 80% of alcoholics have a thiamine deficiency and some of these people will develop severe mental disorders such as Wernicke-Korsakoff syndrome (WKS).

About 80-90% of alcoholics with Wernicke’s encephalopathy also develop Korsakoffm’s psychosis, a chronic and debilitating syndrome characterized by persistent learning and memory problems. Patients with this syndrome are forgetful and have difficulty walking and coordinating movements. In addition to not being able to remember old information, they also have difficulty acquiring new information.

New and sophisticated visualization techniques have allowed researchers to study specific brain areas of patients with liver disease resulting from heavy alcohol use, providing them with a clearer understanding of how hepatic encephalopathy develops.

These studies have confirmed that at least two toxic substances

Ammonia and manganese, play a crucial role in the development of this disease. Liver cells damaged by alcohol cause excessive amounts of these harmful substances to enter the body, thus damaging brain cells.

The intake of alcohol in large quantities and for long periods can also cause the brain to shrink and a deficiency of fibers (white matter) that carry information between nerve cells (gray matter). MRI and DTI are used together to evaluate the brains of patients when they stop chronic alcohol intake and subsequently after long periods of sobriety, to monitor possible relapses.

Visualization with PET allows researchers to see brain damage resulting from heavy alcohol intake: in people with alcoholism, deficits are found in the frontal lobes which are responsible for the many functions associated with learning and memory, as well as in the cerebellum, which controls movement and coordination.

A group of researchers from the University of Eastern Finland conducted research to investigate the effect of alcohol abuse on adolescents: adolescents who abuse alcohol have, compared to their peers, a smaller amount of gray matter, an important brain structure that would regulate mnemonic, decision-making and self-control processes.