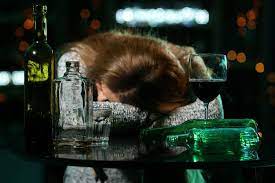 After a long period of relative tolerance

Which began with the abolition of prohibition in the US in 1933, since the 1970s there has been an increasingly critical attitude towards alcohol in politics and science, which in principle it refers to the prohibitionist legislative apparatus propagated, from the nineteenth century onwards, by the anti-alcoholic movements and implemented in numerous countries (Scandinavia, India, etc.).

In contrast to the thesis of ‘sobriety’ – linked above all to Jellinek’s pathological model and aimed at giving particular emphasis to somatic risks, such as liver cirrhosis – we also find a more tolerant theory towards alcohol consumption, frequently characterized by a critical attitude towards the pathological model and inclined to emphasize more the social and psychic implications.

What is in dispute is above all the long-term efficacy of the solution offered by ‘sobriety’: since the need for alcohol cannot be erased, it is necessary to increase as much as possible harmless consumption patterns.

According to this thesis, the prohibitionist measures would end up increasing the incidence of alcoholism, because by removing the legitimacy of a consumption integrated in the social context.

Conversely, moderate and non-discriminatory measures aimed at restricting the possibility of using alcohol (eg consumption tax) can be effective. 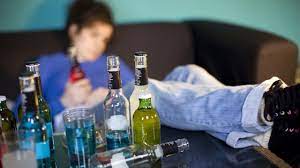 In this debate, a key role is played by historical and anthropological confrontation and, in particular, it seems appropriate to bring back the controversy on the policy to be adopted in relation to the consumption of alcohol in the context of social macro-trends, which have not been sufficiently investigated so far.

In the modern age, the attitude towards alcohol has drastically changed from one generation to the next: more than the quantity of consumption, the culture of drinking and the fears and conflicts induced by rapid social changes seem to have played a decisive role. to whom the same scientific knowledge has sometimes been exploited.