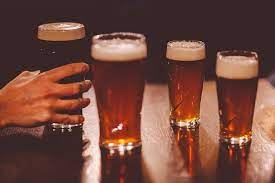 Finally, people who regularly associate with alcoholics are also considered to be at higher risk of developing alcohol addiction.

The immediate effects are due to a high absorption of alcohol, in quantities greater than the body’s ability to dispose of, and occur within minutes of taking. Symptoms (and their extent) of symptoms vary in proportion to the amount of alcohol consumed, but may also depend on factors such as the subject’s body weight.

Among the most common symptoms may appear (quantities expressed in relation to the amount of alcohol in the blood):

Greater than or equal to 400 mg \ dl: probably fatal dose; death can occur, especially if the amount of alcohol consumed is consumed rapidly, due to cardiac arrhythmias and breathing difficulties.

In the long term, the symptoms mainly concern chronic consumers, with damage to the liver, but also to many other organs:Alcoholic liver disease: inflammatory disease affecting the liver, caused by the prolonged abuse of alcohol over time, which is often accompanied by a hepatic accumulation of triglycerides (steatosis).

Affected subjects may experience a real scarring of the liver (cirrhosis) and a greater risk of kidney failure.

Furthermore, since the ability of the liver to purify the body of any toxic substances is reduced, hepatic encephalopathy can occur, a condition of intoxication of the central nervous system, with possible fatal consequences.