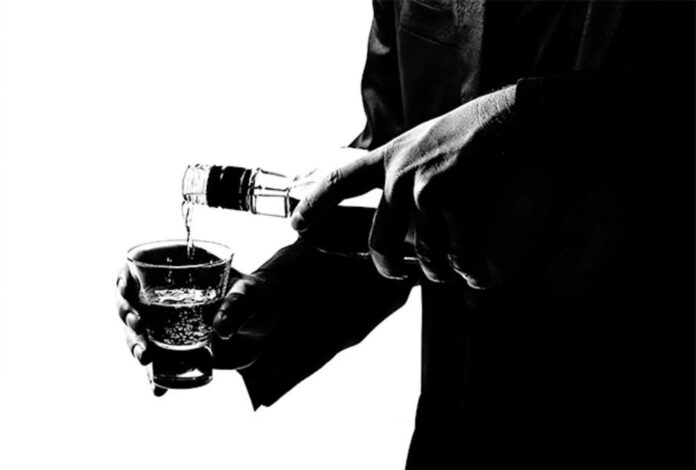 Inducing important changes in their metabolism or acting synergistically with them, so as to vary their effect.

Furthermore, liver disease can affect the drug removal rate, which is related to the blood flow of the liver (it increases if the flow increases and vice versa), as well as altering its metabolism with an enzyme induction mechanism, as the ethanol causes an increase both in the MEOS (Microsomal ethanol oxidation system) and in other microsomal drug-metabolic systems.

Finally, many drugs act with a disulfiram-like mechanism: disulfiram, a drug widely used in the treatment of alcoholism as an aversive agent, works by blocking the enzyme acetaldehyde dehydrogenase, with consequent blood increase of acetaldehyde; this leads to the onset of particularly unpleasant symptoms (nausea, vomiting, convulsions, etc.), which in some cases may even require the patient to be hospitalized.
History and current framework of the concept of alcoholism

Alcohol has always been and still is the most widespread psychotropic substance in the world. Most cultures distinguish between excessive consumption and legal or prescribed consumption, but the criteria behind this distinction are extremely different.

In clinical medicine these alterations are qualified as ‘disorders’, but this essentially implies equating alcohol consumption with abuse. Unlike premodern societies, in which the state of collective and ritualistic intoxication was considered an indispensable means to draw on transcendental experience and to consolidate social bonds, sobriety is now considered, even by those without medical knowledge, the ‘normal condition. ‘, while admitting limited exceptions to this rule.

Although there is no agreement on the extent and form of these exceptions, it should be noted that the usual concept of abuse has much narrower limits than the medical one: since alcohol consumption produces effects perceived as pleasant and more often than not considered stimulating (as they facilitate contact and reduce tensions, etc.), it is generally evaluated positively in convivial situations. If the behavior that characterizes the alcoholic is considered deviant, so is being abstainer in many countries.