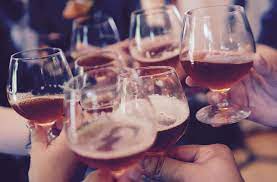 Among 11-15 year olds, the share of those with at least one risky behavior is 10.5% with no obvious gender differences.

Unmoderated parental consumption influences children’s behavior. 17.4% of 11-17 year olds living in families where at least one parent adopts risky behaviors in alcohol consumption also has non-moderate alcoholic habits, while this share falls to 9.2% among young people who they live with parents who do not drink or who drink moderately.

20.9% of smokers and 19.3% of former smokers have at least one risky drinking behavior against 9.1% of non-smokers.

Among young people aged 18-24 who frequent discotheques, alcohol consumption behaviors at risk are more common (30.5%) than peers who do not go to discos (8.0%). The same differences are found between frequenters and non-attenders of sports shows and concerts.

The toxicity of alcohol manifests itself on numerous physical structures causing serious consequences. Damage to the liver, an essential organ responsible for the transformation of alcohol, such as liver cirrhosis; stomach damage with gastritis, bleeding and ulcers;

For example, when the areas of the brain that control language are inhibited, speech is incomprehensible; when vision centers are affected, vision is distorted; and when the centers of motor coordination are depressed, there is a loss of balance or control of the limbs.

These effects last for a few hours, but alcohol also produces a slight agitation (or irritation) on the nervous system that can last much longer.

This explains the typical “morning after” symptoms. 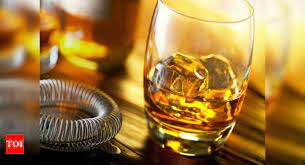 Often these symptoms lead heavy drinkers to take alcohol again the morning of the next day, as their agitation can be temporarily sedated by taking more alcohol. This creates a vicious circle that significantly affects the way alcoholic beverages are consumed.

People who consume a moderate amount of alcohol are less at risk of developing cardiovascular disorders than those who do not drink or drink a lot, but it is not advisable to start drinking alcohol only to prevent any heart ailments: it is preferable to practice physical activity regular and follow a low-fat diet.

Even for people who can control their drinking, moderation is always a good rule. Consuming large amounts of alcohol increases the risk of heart attack, stroke, and high blood pressure.