No less important are the nutritional deficits that arise in the alcoholic: in addition to producing lesions on the alimentary tract (Addolorato et al. 1997a), alcohol reduces appetite and causes alterations in both metabolism (Addolorato et al. 1997b), and the mechanism of utilization of numerous nutrients (vitamins, some minerals, etc.).

Which in chronic alcoholics translates into an increase in infections and tumors; among these of particular importance are the neoplasms of the upper airways and the digestive system, due to the carcinogenic action of alcohol, which can act directly in these areas.

Excessive alcohol consumption during pregnancy can cause serious harm to the fetus. Since ethanol diffuses freely through the placenta, after about an hour from ingestion the alcohol levels in the fetal tissues are comparable to those of the maternal blood, while the decrease is significantly slowed in the fetus compared to the mother.

Alcohol therefore has a direct teratogenic effect, which manifests itself in what scholars have identified as the ‘fetal-alcoholic syndrome’, the main characteristics of which are: mental retardation, microcephaly, retarded growth, cardiac anomalies, malformations, premature births, abortion.

Responsible for the toxicity of ethanol on the fetal central nervous system would be above all acetaldehyde, since the activity of the enzyme acetaldehyde dehydrogenase is lower in the fetus than in the adult. Alcohol would also cause a reduction in the umbilical and placental circulation, responsible for chronic fetal hypoxia.

Alcohol and driving of vehicles

The intake of high quantities of alcohol has numerous repercussions on the ability to drive: reduced ability, inability to cope with the unexpected, tendency to get distracted, overestimating one’s possibilities, slowing of reflexes, decreased hearing, visual and evaluation of reality vehicle location.

In Italy it is estimated that alcohol abuse is responsible for about 33% of road accidents. 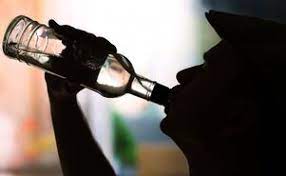 Italian legislation prohibits driving to people with an alcohol level equal to or greater than 0.8 g / l, but it should be emphasized that the aforementioned effects may already appear for alcohol levels around 0.5 g / l, corresponding to those obtained. after ingestion, on an empty stomach, of two glasses of wine.

Above 0.8 g / l, the probability of causing road accidents increases with logarithmic progression, becoming very high above 1.5 g / l. The dangerous interaction of alcohol with psychotropic drugs should be emphasized, which has a synergistic effect on motor and cognitive performance.