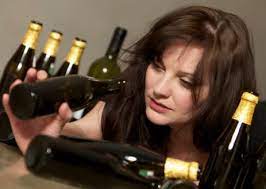 The most important of which are: the quantity of anhydrous alcohol ingested, its concentration in the drink (2-3 g / 100 ml in beer, 9-10 in wine , 30 or more in spirits), the presence of food in the stomach, body weight, sex.

The individual condition of the subject is also important, understood both as an enzymatic patrimony and as a habit of moderate or less use of alcoholic beverages, which corresponds to a relative degree of enzymatic induction, and the possible presence of liver or gastric pathology.

Italy is the largest wine producer in the world, with an annual quantity of 70-75 million hectoliters, followed by France with about 60 million and Spain with 30 million; the number of people involved in the production and marketing of alcoholic beverages is estimated at around 5 million.

The average annual per capita consumption places Italy at the top of the world ranking, and is equal to 73.2 liters of wine, 19.5 liters of beer and 23.4 liters of spirits per inhabitant, which corresponds to an average consumption per capita. per capita of 28.1 g of alcohol per day, although also in our country, as in almost all the world, there is a significant tendency to decrease (Salomon 1994).

It is estimated that in Italy there are about 4 million ‘excessive drinkers’, of which 1.2 million are addicted.

Significant differences are found between North and South, from region to region (in some, such as Veneto, Valle d’Aosta, Trentino, alcohol abuse is a real social problem) and, in the context of a same region, between cities, countryside and mountain areas, where alcohol consumption is generally higher.