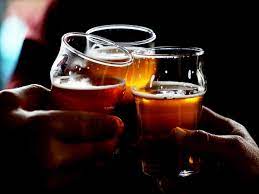 The term “alcoholism” refers to a chronic pathological condition characterized by the continuous or periodic consumption of excessive quantities of alcohol, to such an extent as to determine the appearance of a real addiction in the body.

Physical and psychological alterations, which can adversely affect the consumer’s state of health, alcohol abuse can have negative effects on his social, working and relational life, as the alcoholic:

The most significant physical damage, on the other hand, involves the brain and liver.Finally, chronic alcohol consumption during pregnancy could cause irreversible damage to the unborn child.

Empty bottle of a hard alcohol How much alcohol can you consume?

Given that there is no safe dose or even less beneficial for the body (alcohol itself is a toxic and carcinogenic substance), the consumption of alcoholic beverages should be moderate and conscious.

A single alcoholic unit, corresponding to 12 grams of ethanol, is contained in: 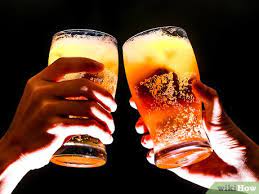 In those who abuse alcohol at an early age (as there is a greater risk of the expression of genes that increase the risk of developing addiction and degenerations can occur that affect the proper development of the cerebral cortex);

In patients with depression and other mental disorders, as alcohol consumption can help relieve their feeling of being unwell;

In those who have suffered childhood trauma (in these patients the risk of developing alcohol dependence is associated with the increased risk of suffering from a personality disorder);