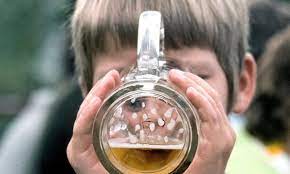 At half past nine in the morning and after two Lutz coffees (coffees with brandy), peace slowly returns to inebriate Hans-Peter Koller *. An hour later, he feels himself in a hushed world. Then it’s lunchtime: how to deny yourself a glass of red wine and another of grappa while watching the news. After his nap, here he goes shopping.

Little is said about the elderly and their addictions

But the new UN report on drugs underscores just that. “The pandemic has created damage to the health and well-being of the elderly. However, there is also a hidden epidemic linked to the use of drugs in this segment of the population”, Cornelis de Joncheere, president of the organ, said recently in Vienna. International Narcotics Control (INCB). 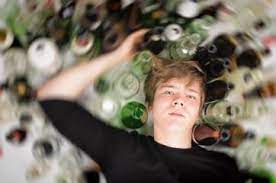 The figures in Switzerland are also alarming. According to the Federal Office of Public Health, a quarter of people over 65 drink alcohol every day. A figure that exceeds consumption in any other age group in the average population. About 7% of retirees abuse alcohol in a chronic and risky way, consuming more than four drinks a day.

About a third do so only after retirement. Depression, insomnia, financial difficulties, the death of a spouse, loneliness or the feeling of no longer being useful to society are among the most frequent causes of this consumption.

For Hans-Peter Koller it was the same. When he retired in 2015, after three decades as a warehouse worker at the post office, he became more and more reserved and questioned his life.

Even before he retired, he was sometimes seized by a disquiet, which came almost out of nowhere. “Should I go to the doctor, am I getting weird?” he had once asked his wife. “No, it’s just the fear of emptiness,” she replied.

When he retired, Hans-Peter began to suffer from insomnia, to reflect and to feel restless, seized by a dull fear that was spreading in him. The doctor prescribed Temesta medication, which helped him. With a glass of wine, he slept like a log. “Maybe that was the beginning,” he says today.

In his first year as a retirement, Hans-Peter Koller mostly drank outside the home, which was expensive. Today he knows all the Denner stores (a chain of stores known for its range of cheap spirits) in and around Bern.

He always changes supermarket because he doesn’t want to be noticed when he fills his shopping bag: a Beaujolais for 4.20 francs, two Merlots for 2.90, a bottle of gin for 9.90, plus mineral water, canned tomatoes and pickles.