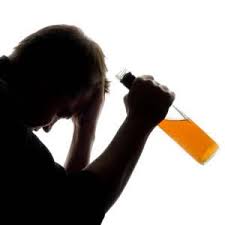 With respect to sex, the ratio of male to female alcohol addicts is 5: 1, but it has been found that more and more women have problems related to alcohol abuse; the reason can perhaps be seen in the progressive approach of the woman to a model that had hitherto been purely masculine, from both a work and a social point of view (Salomon 1994).

In the different age groups, the peak of the prevalence of alcoholism is between 40 and 50 years, although a second peak is observed in the decade between 65 and 75 years.

The pathogenetic mechanisms that are involved in the damage caused by the inappropriate use of alcohol are fundamentally linked to a direct action of ethanol and to the metabolic alterations that result from excessive metabolization of the molecule in the liver, i.e. increased oxygen consumption , hyperproduction of acetaldehyde, accumulation of free radicals and subsequent phenomena of lipoperoxidation.

Direct damage is more detectable at the level of cell membranes: in vitro it has been shown that ethanol has a specific effect on these membranes, while in vivo chronic intoxication can induce changes in the cholesterol-phospholipid ratio and in the type of fatty acids. of the phospholipid components (Hrelia et al. 1986).

The increase in membrane micro-viscosity is believed to be responsible for the alterations in neurotransmission that find expression in the neurotoxic phenomena of acute intoxication and are similar to those obtained with the use of anesthetics.

The stiffening of the synaptic membrane, induced by chronic abuse, could explain the so-called ‘tolerance’, that is the phenomenon for which increasing quantities of alcohol are required to obtain the same type of psychotropic effect (secondary to fluidification).

To maintain cellular exchanges at levels similar to those occurring in normal conditions, the stiffened membrane must recover its usual micro-viscosity, which requires a certain amount of ‘fluidifying element’; it is therefore necessary to resort to the continuous administration of this substance.

The absence of which causes the appearance of diffuse alterations affecting all cell membranes.

One of the factors responsible for physical dependence on alcohol could be precisely the need to provide this element without interruption, capable of restoring the normal fluidity of the membranes.