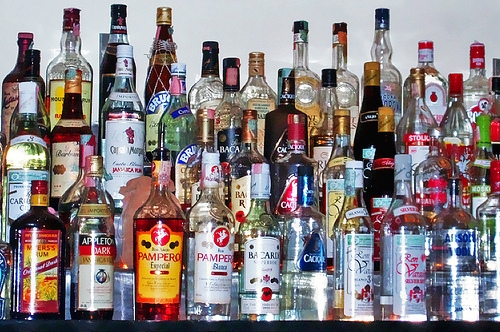 The alcohol disposal process is not the same in all people. When it is taken, 2% of alcohol is absorbed by the stomach and 80% by the first part of the intestine, then passing into the blood and from there to the liver.

Scafato explains that in this age group, alcohol is a sort of “killer of neurons”, which can lead to the reduction of memory in children who have habits such as binge drinking. It has been verified, through magnetic resonances, that in boys and girls who binge drinking for at least two months, the areas of memory are turned off: a person can lose 10-20% of their cognitive capacity, in terms of memory, but also and above all of visuospatial orientation. And it is a cognitive deficit that is then found in adulthood.

Women and the elderly

In the elderly, after the age of 65, the ability to metabolize alcohol gradually decreases, while in women this ability is, at all ages, always half that of a man. The constitution of a woman is thinner than that of a man, the female body has a lower body mass and a smaller amount of body water and, therefore, with the same alcoholic beverages, a higher alcohol level corresponds.

For this reason, women can risk becoming an alcoholic in a shorter time than men, with all the cardiovascular, hepatic and psychiatric complications that may arise. Not to mention that, if alcohol consumption occurs during pregnancy, serious consequences on the fetus can occur.

In this case we speak of fetal-alcoholic syndrome, since the alcohol taken by the mother can interfere with the physical and intellectual development of the fetus, causing malformations and mental retardation depending on the quantity taken.

“It is an unfortunate syndrome, also due to the fact that it was the mother who caused damage to the health of a child who does not grow, who has a cognitive deficit and who has a high percentage of mortality in childhood.

This is why you don’t drink during pregnancy. And during breastfeeding you have to be careful, wait at least two or three hours from when you have consumed perhaps a glass of alcoholic drink, because it also passes through the milk ”.

For this reason, Scafato emphasizes the importance of a discussion with your doctor: “You must always negotiate with the doctor the plausibility of consuming alcoholic beverages, because alcohol is not for everyone.

There are many contraindications, such as the presence of diseases or the use of even ‘trivial’ drugs such as antibiotics, anti-inflammatories or painkillers “. But even with medicines to treat anxiety, depression, insomnia, alcohol consumption is absolutely not recommended.

Familiarity is therefore important. Scafato also points out that for years alcohol has been excluded from the Mediterranean diet, it is not included in the nutritional pyramid. The nutritional guidelines of Crea specify that not everyone can consume alcohol and the Larns (Reference Intake Levels of Nutrients and Energy) specify that alcohol is not a nutrient, but a molecule of nutritional interest because it provides calories.

Early identification and brief intervention: the importance of training doctors

“Alcohol dependence must be treated – underlines Scafato -, but there is a problem. There is substantial incompetence, as there is a lack of training from, for example, basic medicine ”. However, this gap could be filled. ”

Early identification and short intervention (which consists of the general practitioner’s assessment of the patient’s alcohol consumption, information on the harm of problematic consumption and concludes with a precise suggestion addressed to the client, ed) should be part of a university course which, on the basis of Law 125 of 2001, can be introduced into the university system, because it is the faculty of universities to introduce it, especially where the population is at high risk such as in Veneto, or in other regions which are strong producers of alcoholic beverages.