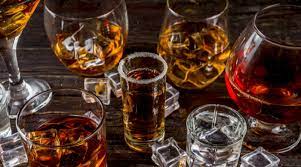 A prevalent consumption of wine

This trend, which has deep roots in southern European winemaking culture and traditions, has shown a substantial change over the past decade.At present, however, this modification has not been so significant as to undermine the traditional contribution made in Italy by wine to the daily alcoholic intake (about 75-80% of alcohol consumed).

Despite the significant reduction in consumption recorded in recent years (-33.3% between 1981 and 1998), the average annual per capita consumption of pure alcohol indicates the persistence of consumption among the highest in Europe.

The data provided by this survey highlighted a decreasing share of these consumers from the north to the south of the nation (1.8%, 1.6% and 1.0% in the north, center and south, respectively) with prevalence peaks among individuals aged between 45-64, resident in northern mountainous areas and with a low level of education.

The use of the analysis of hospital discharge forms (SDO) can help estimate the impact of “alcoholic” diseases on health services, even if it is often an underestimate.SERTs and the finding of their significant recourse (14%) to hospitalization.

For pathologies or problems which, in 30% of cases, is directly attributable to alcoholic noxa.

Underlines the substantial delay in medical culture and in the socio-health organizational capacity in identifying and managing the individual potentially at risk early, sensitizing him to information interventions (brief intervention), counseling and, possibly, directing him to structures specialized in the recovery and care of alcohol dependent. 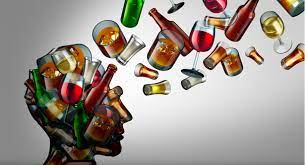 The recent approval of the framework law on alcohol and alcohol-related problems (L. 30/3/2001, n.125) underlines the need to reform the university didactic systems relating to the health professions and those of social and psychological address, including in the curricula learning of alcohol.

The need for greater integration between the various public and private social subjects (self-help) reported by the authors could find a desirable and rational application also following the solicitation that the new alcohol law places through an explicit reference to the need for insertion within the regional, provincial and territorial socio-health planning of specific corporate or health, public and private accredited operating units, and of reception structures that dedicate, in the acute and post-acute phase, respectively, the activities aimed at care of the alcohol addict.