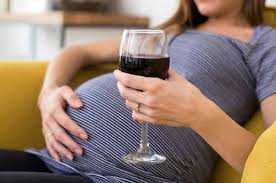 Although there is no agreement on the extent and form of these exceptions, it should be noted that the usual concept of abuse has limitations for both individuals and cultures.

The scope of the concept of abuse.

In recent decades there has been a trend towards ‘ambivalent’ culture, that is towards an adaptation to the North American and Central European model, especially since the ‘permissive’ Mediterranean culture is in decline (in Italy, per capita consumption has decreased by a third from 1980 to 1990).

The ambivalent model is characterized by a great variability in consumption (in general it is considered that a tenth of the population absorbs half of the national consumption): alcohol is not, or is no longer, considered a nutrient, but, in the first place , a means of obtaining pleasure and excitement, the use of which in the home or in free time often reaches sporadic excesses.

Compared to the ‘permissive’ model, the proportion of non-consumers and moderate users is relatively high, as is that of people classified as alcoholics.

Alcoholism is a concept of the modern age (Spode 1993).

In the past, a state of strong and continuous drunkenness was only sporadically considered a drug addiction, while it was generally considered a moral defect; the somatic consequences caused by the abuse of alcohol fell exclusively within the medical competences.

The theory still dominant today is linked to the thesis, formulated in 1935 by Alcoholics Anonymous, of an ‘allergy’ to alcohol, a thesis developed in scientific doctrine by the circle of scholars gathered around E.M. Jellinek at the Yale center (now Rutgers center).

According to this thesis, the consumption of alcohol leads people biologically predisposed to lose any control of drinking and undergo a pathological process leading to complete dependence and both physical and moral decay, with symptoms articulated in different stages (prodromal, critical and chronic) and types (distinguished by Greek letters, from alpha to epsilon).

Only after hitting the ‘low point’ is the alcoholic willing to accept therapy aimed at achieving abstinence from alcohol for the rest of his life. the much more restricted than the medical one: since alcohol consumption produces effects perceived as pleasant and more often than not considered stimulating (as they facilitate contact and reduce tensions, etc.), it is generally evaluated positively in convivial situations. If the behavior that characterizes the alcoholic is considered deviant, so is being abstainer in many countries.