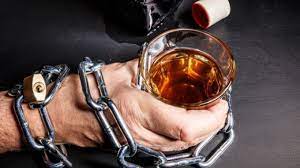 Another treatment protocol envisaged is the one that resorts to the use of more intensive interventions, such as the assertive community (ACT) which provides various comprehensive services (community outreach activities, 24-hour availability for emergency communications, treatments pharmacological and behavioral for substance abuse disorder) thanks to a multidisciplinary team.

The program called anonymous double recovery, which includes 12 meetings aimed at educating and providing support, also proved to be useful; the participants showed on average higher rates of abstinence, better adherence to the use of drugs and an improvement in overall functioning, however the treatment is not indicated for subjects suffering from acute psychosis.

Studies on the cause of comorbidity between schizophrenic spectrum

The alarm was raised by the prefect Michele Campanaro. “After two years of lockdown – he told the provincial committee for public order and safety, which met two days ago – we must certainly ensure the leisure and entertainment of our young people, but we must ensure that it is always done in a fully safety.

It is necessary to avoid the repetition of irresponsible behaviors and violent episodes, as also recorded in the last weekend, which saw young underage protagonists in an evident state of alteration from alcohol abuse “.

To which are added nocturnal noises and acts of vandalism, as well as episodes of very young people who have accused of illness due to alcohol, making the intervention of health workers necessary, in some cases.

The prefect intervened by ordering the immediate reinforcement, starting from this weekend and on a periodic basis, of the controls on the premises of the nightlife in Potenza through “high impact” inter-force services, aimed at combating the sale of alcoholic beverages to minors and dealing and drug use. 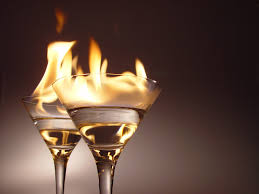 At the same time, aware that the problem goes beyond urban decorum, he invited us to “think of wider-ranging interventions, which see the essential involvement of educational agencies, that is, families, schools, the world of associations, for work on the broader and more complex issue of youth discomfort “.

In agreement with the local administration, the first step will be the involvement of trade associations representative of the commercial sector that supply alcoholic beverages to implement an awareness-raising action towards operators, “so that situations that have already ascertained the sale of alcoholic beverages to minors “.

In this regard, the mayor of Potenza

Mario Guarente, has ordered, from today and until September 30, a ban from 20.30 to 3 on “consuming on the spot” alcoholic beverages of any strength in the historic city center.

Alcoholic beverages, that is, may be consumed “only in commercial establishments authorized for the administration and sale of alcoholic beverages and in the authorized areas pertaining to the same (dehors)” and “in the areas subject to authorization for the occupation of public land for administration events temporary, only for the duration of the same “. Basically, no more consumption in the alleys and squares of the bivouac.