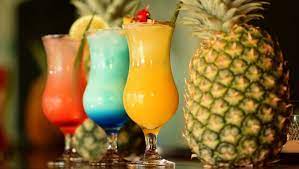 Alcoholism is a chronic disease in which the body becomes dependent on alcohol. Alcoholics are unable to control their relationship with alcohol and face:

When you suffer from alcoholism, you continue to drink even when you know perfectly well that alcohol causes relationship, health, work or economic problems.

It is possible to have a problem in the relationship with alcohol without however suffering from all the symptoms of alcoholism, this situation is known as alcohol abuse and is characterized by exaggerated consumption that affects the affections and / or at a professional and social level, even if without the appearance of withdrawal or symptoms of physical dependence.

A related problem that has sadly come to the fore in the news in recent years is the so-called binge drinking, that is, the exaggerated but periodic intake of alcohol (for example every weekend), with the aim of losing control.

Drinking large amounts of alcohol can increase the risk of developing various cancers, can cause damage to the liver, brain and other organs (heart, immune system, pancreas).
Drinking during pregnancy can severely harm the baby.

Even moderate consumption ultimately increases the risk of death from road accidents, injuries, homicides and suicides.

If you suffer from alcoholism or abuse alcohol, you may not be able to decrease or quit without seeking outside help. When you want to stop drinking, you need to seek help without shame and the first step can be to talk to your doctor or even just to the toll-free number set up by the Ministry.

Are you drinking too much?

You may already be over the limit if:

There is no single cause that can explain the risk of incurring alcoholism, but researchers believe it is a delicate and complex interweaving of genetic and environmental factors.

The genes present in the DNA (genetics) that control the metabolism of alcohol are responsible for an increase / decrease in risk; this is one of the possible explanations for the familiarity found in relation to problems related to alcohol abuse (the risk of alcoholism is greater among those with an alcoholic parent).

The age of onset could be a significant factor, as it seems that early consumption can influence gene expression (epigenetics), thus increasing the risk of addiction; in this case it is more likely a complex interweaving of causes and effects, as those who are genetically predisposed are more likely to start drinking at a young age.