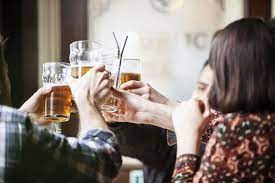 With drug addiction and alcoholism (alcohol addiction), we refer to the chronic pathology in which the body becomes dependent on something, with the consequent behavior of addiction and tolerance. In the first case it is drugs, in the second alcohol, but you can also be addicted to gambling (gambling addiction).

Symptoms of drug addiction and alcoholism

The main symptoms are characterized by a compulsive search for substances and by addiction and tolerance, ie the need for ever higher quantities to counteract the decrease in the intoxicating effect.

Very often there is a change in the lifestyle of the subject, with a greater tendency to isolation up to the loss of all social relationships; the ability to express oneself is reduced and the ability to coordinate movements and balance is lost.

Some people tend to become violent, first verbally and then physically. On a physical level, the liver (cirrhosis), the pancreas (chronic pancreatitis) are affected, digestive disorders, a shrinking of the brain and a lack of fiber (white matter) arise.

What are the causes of drug addiction and alcoholism?

It is common to find a correlation between drug and alcohol addiction and family status or the presence of other psychiatric illnesses. In the first case, when you are faced with a traumatic environment in childhood, a precarious family state, in which one of the parents is addicted to alcohol, the probability that the child will suffer from it increases significantly.

In the second case, depression, low self-esteem, stressful situations and an inability to regulate one’s emotions are factors that can lead a person to approach these substances as a relieving solution. In general, men suffering from alcoholism are twice as many as women.

Treatments for drug addiction and alcoholism 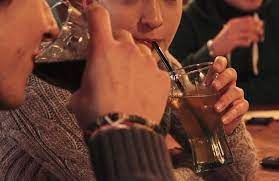 There are very few people who manage to come out of drug addiction and alcoholism on their own, for this reason the best choice is to get help from a specialist, as well as having the support of relatives and friends.

The main physical ailments related to abstinence are anxiety, insomnia, nausea, vomiting and tremors, which can be avoided by drinking 1.5-2 liters of liquids a day, with the exception of sugary ones.

The subject is also prescribed benzodiazepines in high doses during the first 48 hours, along with vitamin B1. The benefits, including a lower feeling of tiredness and the return of appetite, will be seen after 3-4 days from the start of treatment.