The problems related to alcohol addiction are varied and affect the person physically, psychologically and socially. Drinking becomes a compulsion for a person with such a problem and takes precedence over all other activities.

It may go undiagnosed for many years

Usually, drinking alcohol at first lifts the mood. However, after a prolonged period in which alcohol is consumed regularly, the person’s nervous system becomes depressed and the subject becomes sedated by alcohol.

Alcohol undermines people’s ability to judge; it can decrease inhibition and alter thoughts, emotions and behavior in general.

Drinking intensively can have a serious effect on people’s ability to coordinate their muscles and speak correctly. Drinking a lot at parties could lead the patient to ethyl coma.Finally, drinking a lot could cause at least one of the following problems:

Diabetes: Alcoholics have a very high risk of developing type 2 diabetes. Patients with diabetes will always have serious complications if they are regular alcohol drinkers. Alcohol prevents the release of glucose from the liver, causing hypoglycemia. A person with diabetes is usually already taking insulin to lower blood sugar levels, so hypoglycemia could be devastating

Menstruation: alcoholism usually interrupts or deregulates menstruation
Erectile dysfunction: Alcoholics are more likely to have trouble getting or sustaining an erection

Cancer: Alcoholics have a higher risk of developing many types of cancer, including cancer of the mouth, esophagus, liver, colon, rectum, breast, prostate, and pharynx. 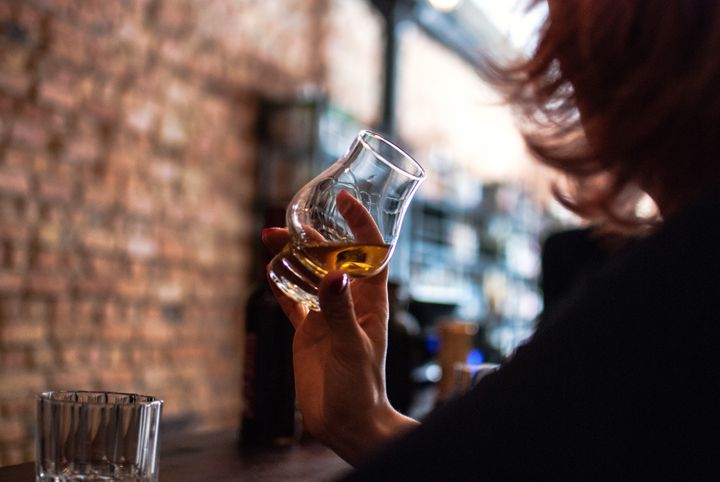 Accidents: alcoholics are vulnerable to accidents due to falls, car accidents, being run over
Domestic abuse: alcohol is an important factor in marital disputes, child abuse and conflicts with neighbors

Problems at school or at work: problems of employment, unemployment, school problems, are often related to alcohol. Suicides: Suicide rates among people who are addicted to alcohol or who abuse alcohol are higher than those who don’t.

Mental Problems: Alcohol abuse increases the risk of developing mental illnesses and can make existing ones worseLegal problems: The percentage of alcoholics who end up in court or in prison is significantly higher than the rest of the population

How is it diagnosed?

In the United States, to be considered an alcoholic, the individual must meet certain criteria indicated by the DSM (Diagnostic and Statistical Manual of Mental Disorders), published by the APA (American Psychiatric Association). These include a pattern of abuse that leads to considerable damage and stress.