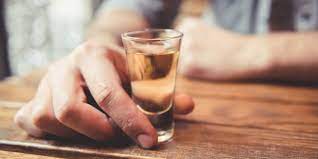 1. It is not true that alcohol aids digestion; on the contrary, it slows it down and produces gastric hypersecretion with impaired stomach emptying, so no bitterness at the end of a meal or, usually very little alcohol during meals and drinking water.

2. It is not true that wine makes good blood; however, it is true that alcohol abuse can be responsible for various forms of anemia and an increase in blood fats.

3. It is not true that alcoholic beverages quench thirst but, on the contrary, dehydrate: alcohol requires a greater quantity of water for its metabolism, and in addition it increases the loss of water through the urine, as it causes a blockage of antidiuretic hormone, drastically decrease alcohol in the summer.

4. It is not entirely true that alcohol warms us. In reality, the vasodilation of which it is responsible produces only a momentary and deceptive sensation of heat which in short, however, involves further cooling which, in an unheated environment, increases the risk of contracting colds or even frostbite.

5. It is not true that alcohol helps to recover from shock: on the contrary, by causing peripheral vasodilation, it causes a decreased flow of blood to internal organs and especially to the brain.

6. It is not true that alcohol gives strength. Being a sedative it only produces a decrease in the sense of fatigue and pain. Furthermore, only part of the calories from alcohol can be used for muscle work.

Also remember that alcohol is the most widespread “drug” in the world and it is addictive, the more you drink it the more you feel the need to drink it again, until you become alcoholics, a state of addiction that causes damage to health and life social.

How to get out of the problem of alcohol abuse

Drinking alcohol-containing beverages is a widespread habit in many societies. Today, as in the past, most people drink alcohol, and most do so without serious consequences. The consumption of some, however, is not only excessive, but is associated with serious consequences for oneself and for others.

Unmetabolized alcohol circulates in the bloodstream and is called the blood alcohol level. Not all types of alcoholic beverages contain the same amount of alcohol and therefore the effects on the body are consequently differentiated.

What does alcohol do to our body?

The effects of alcohol depend on the amount consumed, the length of time the alcohol is consumed, the user’s past experience and the circumstances in which consumption occurs (from variables such as the drinker’s mood, presence of others or fasting). If used in moderation, alcohol produces pleasant effects (such as euphoria and loss of inhibitions).

Tolerance and addiction are two factors that characterize alcohol problems. Tolerance means that with the repeated use of alcohol, the drinker must consume more to obtain the same effect previously produced by smaller quantities. Individuals who have developed a tolerance may sometimes show few observable signs of intoxication, despite consuming a large amount of alcohol.