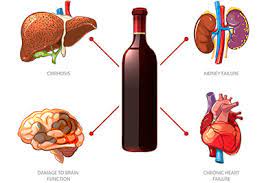 Many people are able to drink within the permitted limits and, therefore, their risk of developing alcohol-related diseases is low. However, for some, the amount of alcohol they consume can lead to permanent damage. By alcoholism (alcohol abuse), we mean a continued intake of much higher than the recommended limits.

Many people who have alcohol-related diseases are not alcoholics.

Alcohol is measured in units. One unit of alcohol is equivalent to 10 ml of pure alcohol, which is approximately 0.25 l, that is, a small glass of wine or a single dose of spirits. The recommended daily limits of alcohol consumption are:

For both men and women, it is also recommended to have alcohol-free days throughout the week. You put your health at risk if you regularly exceed the recommended daily limit.

What are the causes of addiction?

Alcohol addiction is a gradual process that can take a few years or even decades to become a real problem, with some very vulnerable people, addiction can develop within months.

Eventually, over time, regular alcohol consumption can deregulate the balance of a brain neurotransmitter called GABA (γ-amino butyric acid), which controls impulsiveness, like glutamate, which stimulates the nervous system.

When alcohol is consumed, dopamine levels in the brain rise, making the drinking experience more rewarding. In the medium and long term, excessive alcohol consumption can significantly alter the levels of these molecules, causing the person to feel the physical need to drink to avoid feeling sick.

Related to excessive alcohol consumption there are the following risk factors 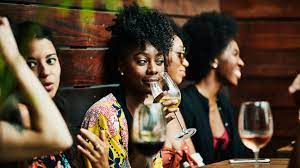 The age at which you drink for the first time: A study found that people who started drinking before the age of 15 had a much higher probability of having an alcohol problem later in their life.

An American study revealed that there is a strong correlation between the increase in alcohol-related taxes in 1983 and 2002, and a significant decline in alcohol-related deaths in one US state. It has been seen that the effect was two or four times that of prevention strategies such as school programs or media campaigns.

Stress: some stress hormones are linked to alcoholism. If stress and anxiety levels are high, some people may consume alcohol in an attempt to cover up their agitation.Drinking for social reasons: people who have friends who drink regularly or abuse alcohol are more likely to drink excessively and ultimately have a problem with alcohol.

Low self-esteem: experts say that people with low self-esteem who have access to alcohol have a greater chance of abusing it.

Depression: depressed people may consciously or unconsciously use alcohol as a cure. On the other hand, however, alcohol abuse can lead to depression rather than the other way around.