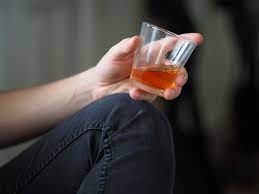 Problems of problematic alcohol consumption rose from 25 to 37%

They have between 18 and 24 years of age, an advanced schooling and do not present evident social or economic difficulties: they are the subjects who, according to the Addiction Service of Ulss 3 Serenissima, are more exposed to the increasing diffusion of exaggerated or exaggerated alcohol consumption methods. however problematic.

And it concerns a greater percentage of males, aged 18-24, with a high level of education, without significant evidence of social or economic problems “.”The harmful and risky consumption of alcohol – explains Dr. Suardi – represents an important public health problem, responsible in Europe for about 4% of all deaths and about 5% of the years of life lost due to disability.

Nevertheless, the consumption of alcoholic beverages is often perceived as a normal and healthy habit and problems related to drinking are not duly perceived and are definitely underestimated “.

In 2020, the year marked by the pandemic and the lookdown, the SerD operators explain, the notable changes in the habits and lifestyle of Italians brought to light many critical issues: “One of these concerned the risky and harmful consumption of alcohol.

Isolation has increased the uncontrolled consumption of alcoholic beverages, the market has strengthened new alternative channels that are less controlled even with respect to the ban on selling to minors.

Among the most at risk, there are young people

“The consumption of alcoholic beverages among young people – underlines Dr. Annarosa Pettenò, psychologist of the SerD and scientific organizer of the event – a criticality remains, and the behaviors at risk on alcohol consumption in the young people are particularly common in the age group between 18 and 24 years.