An increasingly widespread phenomenon among adolescents aged 11 to 17.

The main risk in this age group is binge drinking Alcohol abuse, or binge drinking, is a phenomenon that in recent years affects more and more young people and adolescents between 11 and 17 years of age. This derives from the attempt of the boys to feel integrated in the peer group thanks to the perception of appearing more uninhibited and talkative.

Most adolescents drink alcohol moderately and always in company: many in fact taste alcoholic beverages for the first time in the family, on the occasion of parties or anniversaries.

During adolescence, alcohol consumption is seen as a bonding ritual that allows children to have more relaxed interactions (drinking is associated with joy and conviviality) and to feel adults.

Alcohol: Brain damage continues even when you stop drinkingpublished on 09-04-2019 Take care of health information. Read calmly. Share responsibly.The effects of alcohol on the brain last (at least) up to a month and a half after drinking the last glass. The right hemisphere and the frontal lobe are the most affected areas

Alcohol: Brain damage continues even when you stop drinking

Alcoholic beverages are not “friends” of the brain. It has been known for some time, in fact, that even moderate and regular consumption of alcohol is capable of causing structural and functional damage to the main organ of the central nervous system.

An aspect that concerns both young people (whose brains are forming) and the elderly (by age already exposed to a higher risk of developing psychiatric disorders and neurodegenerative diseases) and which does not end when you stop drinking beer , wine and spirits. In fact, the consequences seem to continue even in the early stages of abstinence and are proportionate to the consumption over time. 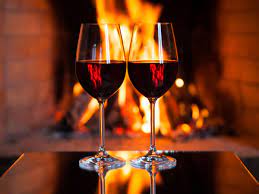 ALCOHOL: THE DAMAGE TO THE BRAIN “CONTINUES”

Six weeks, one and a half months: this is the period after which the progression of the brain lesions was recorded in a group of 90 adult patients being treated for alcohol detox at the Mannheim Institute of Mental Health (Germany).