There are several conditions that can promote alcoholism: male gender, early age of onset of alcohol consumption, family history of alcoholism, presence of other psychiatric diseases, very stressful lifestyle and low self-esteem.

Alcoholics can have numerous diseases closely related to alcohol abuse and affecting almost all organs:

The prevalent inpatient diagnosis for men in relation to women is alcoholic cardiomyopathy (88.9% distributed among men and 11.1% among women), immediately followed by unspecified alcohol-induced liver injury and alcoholic liver cirrhosis. 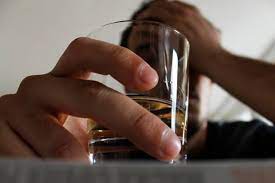 The diagnosis that most affects women in relation to men is alcohol antagonist poisoning (distributed for 33.3% among women and 66.7% among men), followed by the toxic effects of alcohol and alcohol abuse.

Between 2000 and 2012 there was a progressive percentage increase in the diagnosis of alcoholic liver cirrhosis (from 26.3% in 2000 to 39% in 2012) and at the same time a progressive percentage decrease in the diagnosis of alcohol dependence syndrome (from 31 , 8% in 2000 to 26.6% in 2012). A minor but clear percentage decrease over time is also recorded for hospital diagnoses of acute alcoholic hepatitis, unspecified alcohol-induced liver injury and alcoholic fatty liver disease.

The causes of death were divided into three categories