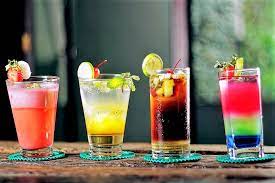 Often, late in the evening, the long nights come when he asks himself: “Have I ever played an important role at least once in my life?”. He has always been on time for work; a reliable, calm, discreet and humble husband and father. Hans-Peter Koller knows he sounds like a crybaby, but this question haunts him, as do his thoughts about wars, climate change, pandemics, and children dying simply because they’re hungry.

“Maybe I really have geriatric depression,” he says with a shrug.

His doctor recently used that word, which sounded foreign to him. Only once did he think about quitting drinking, when Elio, his younger grandson, told him: “Grandpa, you stink.” He was ashamed. But first, Hans-Peter Koller murmurs, he must somehow get rid of those dark thoughts that come without wine and stay with the wine.

As many epidemiological studies show, is associated with an increase in blood pressure in both men and women. Small amounts of alcohol have been proven to help protect against heart problems. Excessive alcohol consumption can raise blood triglyceride levels, lead to hypertension and cardiovascular damage.

This association between alcohol and blood pressure is observed when the usual daily consumption exceeds 20 grams of alcohol, which corresponds approximately to 200 ml of wine (1-2 glasses), 400 ml of beer (2-4 glasses), or 50 ml of spirits (1-2 glasses).

Drinking moderately is a good rule to follow to prevent high blood pressure problems and also to run for cover when blood pressure has exceeded the “safe limits”. It has been observed that blood pressure begins to drop already a few days after the decrease in alcohol intake.

Is getting drunk harmful?

Yes it is: it can increase the risk of having a stroke or cerebral hemorrhage by five times since the pressure can increase exaggeratedly and in turn the risk of rupture of a blood vessel and therefore of bleeding in the brain increases. 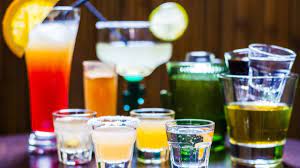 How can we not make alcohol a problem?

Knowing how to be regular with consumption is the first rule in order not to overdo it with alcohol. Because alcohol consumption must be moderate and conscious. Some useful rules to follow:

“Go easy on the hard drinks. They can push you to shoot the tax collector … and miss him. ” Robert Anson Heinlein, Lazarus Long the Immortal (1973)

“Don’t think about drowning your sorrows in alcohol. They know how to swim. ” Albert Willemetz

What is the maximum quantity not to be exceeded?