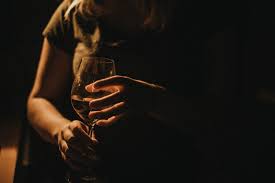 From the comparison it emerged that in former drinkers the modifications of the white matter, that is the set of fibers that relate the different brain areas, are also perpetuated after having stopped consuming alcoholic beverages.

A fact confirmed by the simultaneous comparison made between two groups of mice genetically inclined to consume high quantities of ethanol (only one of which exposed to the substance), thanks to which it was possible to observe the “transition” that occurs in the brain before and after developing addiction.

THE MOST AFFECTED AREAS

“Until now, no one imagined that the damage caused by alcohol would be able to progress even after quitting drinking,” says Santiago Canals, head of the cellular and systemic neurobiology unit at the University of Alicante and coordinator of the research. by the Italian physicist Silvia De Santis.

«We found the greatest vulnerability at the level of the corpus callosum and the fimbria. These are two brain structures responsible for the connection between the two hemispheres (corpus callosum, ed) and between the hippocampus, the nucleus accumbens and the prefrontal cortex (fimbria, ed) “.

HOW IS BRAIN DAMAGE BORN?

The process of brain damage induced by the excessive consumption of alcoholic beverages is partially reversible, but the “reconstruction” does not take place immediately after having swallowed the last glass.

Third, excessive alcohol consumption is a risk factor for other conditions that can also damage the brain: such as epilepsy and hepatic encephalopathy in patients with (already) cirrhosis of the liver.