In 2020, 22.9% of men and 9.4% of women over the age of 11 either drank too much as a daily average or had at least one episode of drunkenness. The analysis by age group shows that the population group most at risk for both genders is that of 16-17 year olds, followed by the elderly over 65.

The interesting aspect is that today’s young people drink as much as the elderly even if they are inclined to choose less wine and prefer beer or spirits. The ISTAT data referring to the year 2020 confirm in particular the trend in recent years of the increase in the consumption of alcoholic beverages between meals.

The harmful and risky use of alcohol is a major public health problem, as it is responsible for around 4% of all deaths in Europe and around 5% of life years lost due to disability.

Biological damage can be associated with indirect damage caused by irresponsible behaviors that lead to violent, reckless actions, and in adults even to accidents that are often fatal or disabling.

During 2020, there were 29,362 visits to the emergency room with a main or secondary diagnosis attributable to alcohol, in 7 out of 10 cases they were men. Two thirds of accesses with a green code, 22% with a yellow code, 10% with a white code and 2% with a red code. One in eight access is assigned a primary diagnosis of alcohol abuse, unspecified, and another in eight cases are given a diagnosis of alcohol abuse, episodic.

The data obtained from the Hospital Discharge Forms

SDO in 2020 reveal a total of 43,445 hospital discharges, with at least one pathology attributable to alcohol, or as the main diagnosis of discharge, or as one of the secondary diagnoses, which coexist at the time of admission and which influence the therapeutic treatment administered. 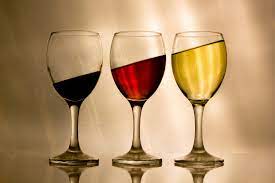 Also in 2020, more than 64,000 people were taken into care in services or work groups and one in five cases is represented by new users. 3 out of 4 users are aged between 30 and 59, while young people under 30 represent 7.1% of the subjects treated.

How are these people helped?

It depends on many factors. In 2020 only 32% of users underwent medical-pharmacological treatments on an outpatient basis, 25.7% for “counseling” aimed at the user or family, 3.6% were placed in self / mutual aid; for 16.6% a socio-rehabilitative treatment was chosen, while the insertion in residential or semi-residential communities concerned only 3% of alcohol addicts.

But above all, psychotherapeutic or psychological treatments were activated only for 13.1% of users.