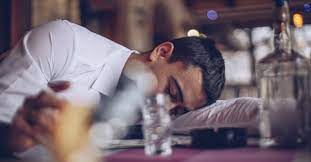 It can happen to everyone to drink an extra glass, but constantly exceeding the limit can cause very serious damage to the heart, brain and liver. Let’s see how to recognize alcohol abuse in time and when it is necessary to consult a specialist.

According to the World Health Organization’s Global Status Report on Alcohol and Health 2018, alcohol use in 2016 caused approximately 3 million deaths worldwide, or 5.3% of all deaths. And 5.1% of the years of life lost due to illness, disability or premature death are attributable to alcohol.

More than three-quarters of the deaths occurred among men.

We speak of alcoholism or alcohol abuse when there is an inability, on the part of the drinker, to refrain from consuming large quantities of alcohol, compromising their psycho-social behavior and developing addiction.

The alcoholic loses control over his drinking habit and develops physical and psychological problems, as well as tolerance and abstinence. Let’s see together what are the damages that can result from a high intake of alcoholic substances.

The effects of alcohol on health

The diagnosis of alcoholism

In order to make a diagnosis of alcoholism, according to the DSM-5, it is necessary to recognize at least 2 of the following symptoms for a period of not less than 12 months:

Damage to the brain

At low doses, areas of the brain are activated in which the release of endorphins occurs, thus generating that feeling of pleasure that you get when you are tipsy. With increasing doses, however, the effect on the central nervous system is depressant, since the function of some excitatory neurotransmitters is inhibited, especially glutamate, slowing down brain activity with a decrease in self-control, deficit learning and impaired judgment. Brain atrophy and polyneuritis are also observed. 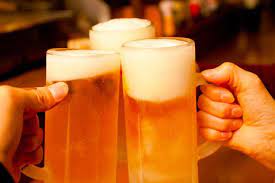 Damage to the liver

The liver is the most damaged organ, since alcohol metabolism occurs at this level. The damage to this organ is getting worse. We can observe: